Initial consultation and follow up are FREE of charge.
Treatment cost: From £125 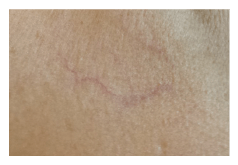 These are small dilated blood vessels near the surface of the skin. They are most commonly seen on the face, around and on the nose, cheeks and the chin. 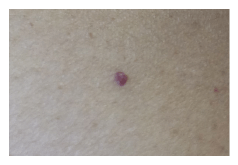 Bright dome-shaped red spots that appear on the skin in later life, usually found on and around the trunk area. These are harmless skin lesion but can be rather unsightly. 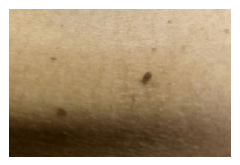 Skin tags are small tags of skin which often have a peduncle (stalk). They look like a small piece of soft hanging skin. They are commonly found around the neck, armpits and groin areas. They can also occur on the face and eyelid areas. Skin tags are usually caused by the friction of skin rubbing on skin and are often found on, or within the natural fold and crease lines of the skin. 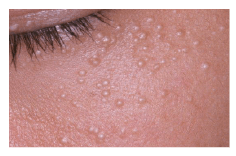 These are small raised pearly-white or yellowish spots on the skin. They are often found on the skin around the cheeks, nose, eyes and eyelid areas. Milia are harmless spots, but can be very unsightly. 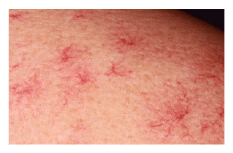 These are similar to thread veins (Telangiectasia) appearing under the surface of the skin. The often contain a central red spot and reddish extensions which radiates outwards similar to that of a spiders web. They are most commonly found on the face, neck and upper part of the trunk and arms.

If you are interested in how we can help you with skin lesion treatments then call us on +44 (0)843 289 1173 for an appointment. Your appointment can take place at any of our laser clinics across West Sussex and Berkshire.